I hate to see new hunters being told to dig all caps.  Where I hunt you would be in a seniors home before you found anything.  With any detector, signals are a combination of ground and target. When something has magnetic content in it such as steel or rust–this connection is stronger. So what you have is a recognizable field around the target. While it might be a good signal with the coil right over top–backing off will usually take it way down  on the meter. As well, when you sweep again cross wise this “blending” will show itself with a big meter change. While in super prime ground where you have stacked targets, there’s the possibility of something being underneath a cap–many can be recognized pretty conclusively. Just saying that a solid signal is a lot more likely to be something of value. An exception doesn’t make a rule. I have very little problems with caps with either the Anfibio or the Simplex. Thats what a high resolution detector does for you if you chose to learn it’s language. That and more. cjc 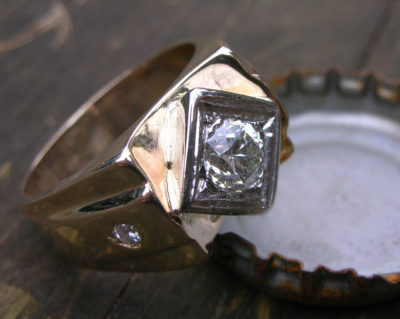